Will Bed Bugs Go Away On Their Own?

Bed bug, bed bug fly away home…no, wrong bug.  Bed bugs will not pack up their bags and walk out of your home on their own.  (Oh, and they can’t fly either… no wings.)  They’ve got it way too good in regards to you, their food source.  They have the warmth of shelter, a water supply, plenty of places to hide out, and a nice supply of blood.  Once they set up shop, they will not just ‘go away’. They need to be forced out, and the only way to do it is a daunting task. If you want to get rid of bed bugs click here

This parasite has been around since before anyone really knows, and, as of late, they seem to have decided to make a huge global comeback. Bug-on-Tour seems to be their banner.

You will find them hanging out in department stores, at the movies, on public transportation, in hotels, and even in hospitals. This is because folks unknowingly transport them from place to place in their backpacks, or even on their clothing. If you have an infestation you are probably carrying them with you in your suitcase when you travel. Where you go, they — or at least a few — go with you.

A determined and resilient bug they essentially never give up on their mission to find a food source: namely you. Basically, their purpose is to make you as miserable as they possibly can. If you decide to pack up and leave to get away from them, it is not going to work. You will just be taking the problem right along with you in your bag, on your clothes, or even on your furniture and fittings.

The only way to see them leave on their own is to take away their food source, which is needed to reproduce and molt. Young bed bugs have to molt five times before they reach maturity. They live as little as a few months and as long as a full year.

Leaving them malnourished is a nearly impossible feat. Even in abandoned buildings, you can find bed bugs because they’re resourceful. Also, they can survive between six months and upwards of one year without any food. Bed bugs only eat one meal per week as it is. It is not impossible that they could starve to death in an empty place, but it could take as long as a year for them to finally give up and die.

This isn’t usually true of apartment buildings though. If a particular apartment is empty, even for a year, they just move up, down, or sideways to the neighbours then when someone moves into the empty apartment, you guessed it, back the unwanted guests come.

Trying to force them out can prove fruitless as well. Bed bugs were nearly put into extinction back in the 1950’s with the use of DDT, a very powerful pesticide containing pyrethroids. The problem that came from this was that folks began to experience severe health problems because of DDT and so many governments’ and health authorities banned its use. A second reason for the ban was an, ‘ observed increase in insect resistance to pyrethroids’. Not a good thing either.

They grew immune to the effects of the pesticides. With each passing generation the resistance grew, until it got to the point where even the strongest pesticides took time, effort, and several applications to eradicate them. Still, it doesn’t mean that every single one of them is dead. Even if there are only one or two remaining — and even though they reproduce at a slower rate than most insects — they will return.

How do you know if bed bugs have been eliminated

​After a professional comes through and treats your place, it will be difficult to know if they’re all gone because they’re so tiny.  They’re just the size of an apple seed and dark brownish color.  There are signs that the problem has been solved.

​How do you know you have bedbugs

You can quickly tell as to if bed bugs have settled into your home and made it their own. They leave telltale signs of their presence.

When you see these signs within your home, don’t sit around. Don’t wait on these little guys to leave on their own accord. That will not likely happen. When they come to visit, they’re the kind of guest that overstays their welcome. So, you have to roll up your sleeves, take a deep breath, and buy the best bed bug spray. It’s hard work, can be expensive, and takes time; you may not even be successful at first. So the best bet is to get the professionals in to do the job properly. 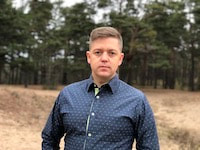